Just added to your cart

FREE SHIPPING ON ORDERS OVER $100 WITHIN THE CONTIGUOUS US 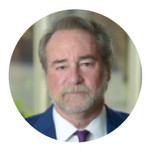 Bryan Scott Ganz became the Company’s President effective July 13, 2018, Chief Executive Officer and Chairman of the Board effective April 1, 2019, and has been a director since June 2016. Prior to that he was engaged by the Company, beginning in May 2016, in a consulting capacity to assist in a restructuring of operations, evaluation of management, identify sources of capital, and provide strategic advice. Mr. Ganz brings more than 30 years of global business experience in sales management, manufacturing, new product design and development, and supply chain management, and mergers and acquisitions as well as experience as a director of other publicly held companies. Previously, Mr. Ganz founded Maine Industrial Tire LLC, an industrial tire company sold to a unit of Trelleborg AB in 2012. From 1991 to 2009 Mr. Ganz held several roles culminating with CEO of GPX International, Inc. and its predecessor Galaxy Tire Inc. Mr. Ganz started his career at Paramount Capital Group where he was a partner from 1985 to 1991. Mr. Ganz is the founder and majority shareholder of Northeast Industrial Partners LLC, a holding company that owns and operates privately held businesses. In addition, he is a principal in Scudder Bay Capital LLC, a captive private REIT. Mr. Ganz received a J.D. from Columbia Law School and a B.S. in Business Administration from Georgetown University. 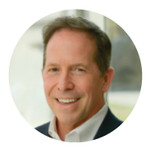 David North, Byrna's new Chief Financial Officer, brings 35 years of financial management experience to the Company. After starting his career as an auditor at Deloitte & Touche, he held various titles of increasing responsibility before his most recent role at Velcro Group Corporation, where he was a Vice President and Corporate Controller. In this position, Mr. North was responsible for the operational turnaround of all global accounting functions, board and annual reporting, external audit coordination, and other internal controls. Prior to that, Mr. North spent six years as the Corporate Controller at The L.S. Starrett Company, a publicly traded multinational manufacturer of measurement tools. Mr. North is a Certified Public Accountant (CPA) and received a BA from Dartmouth College and an MS in Accounting from New York University Stern School of Business. 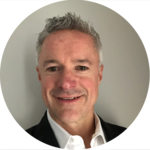 Brian has over 30 years of multi-faceted experience in positions of increasing responsibility leading operations, including global manufacturing, supply chain, and engineering teams, with an emphasis on Lean Continuous Improvement culture and industries with highly regulated Quality Management Systems. 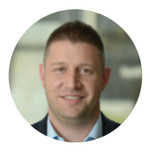 Mr. Buys is an experienced mechanical engineer, innovator and entrepreneur. He received his Bachelors and Honors degree in engineering from the University of Pretoria in 2006 and is currently completing his Masters degree in Engineering (Engineering Management). André has over 14 years of product design, innovation and technology management experience and founded several successful engineering consultant businesses. Previously, he designed mine-resistant ambush protected (MRAP) military vehicles used by the US Army in both Iraq and Afghanistan at BAE Systems and was the mechanical design authority on a new submarine periscope system developed at Carl Zeiss Optronics, still in production today. Most recently, André has focused his activities on developing less lethal munitions, launchers and security related products, registering an impressive collection of patents and design registrations in the process, most notably a less lethal projectile that achieves industry leading accuracy, range, payload capacity and safety. 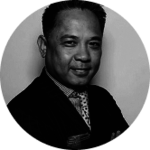 Luan is a multifaceted marketing executive with more than 25 years of experience collaborating with some of the world's largest brands. Most recently, from 2017 to 2020 he was the Chief Revenue and Marketing Officer of Laird Superfood, Inc., a creator of plant-based food products, where he developed brand go-to-market strategies across a broad range of sales channels. Over the course of his tenure with Laird, Luan was a major contributor to the company's explosive revenue growth over the period, and its $400 million equity valuation upon its successful IPO in September 2020.

Prior to Laird, Luan was Head of Marketing for Condé Nast's Golf Digest from 2012 to 2017. In this capacity, he led 360 marketing efforts across Golf Digest brands in print, digital, mobile, social media, and high-profile events. Before he became Head of Marketing, Luan was Golf Digest's Director of Integrated Marketing from 2007 to 2011 where he managed the national golf equipment category, working intimately with brands such as Nike, TaylorMade, Toyota and Apple. During his ten years with Condé Nast, Luan's contributions earned him multiple awards including the 2016 National Addy Award, the 2015 Golf Digest Brands "Marketer of the Year" Award, 2009 Golf World "Marketer of the Year" Award and 2008 Golf Digest "Marketer of the Year" Award, among others. Between his two roles at Condé Nast, Luan was Senior Director of Marketing for Golf and Tennis at Ralph Lauren from 2011 to 2012. There he contributed to double-digit sales growth in the category and was responsible for consumer brand experiences at high profile golf and tennis championship tournaments. Luan began his career at Kiplinger's Personal Finance where, from 1996 to 2007, he served in sales and marketing roles of increasing responsibility, most recently as Sales Development Director. Over the course of his tenure with the publication, he received Kiplinger's "Marketing Excellence" Award for his accomplishments, which included the launch of Kiplinger's Podcasting initiative and online media kit platform.

Luan holds a Bachelor of Arts in Communications from California State University, Fullerton. 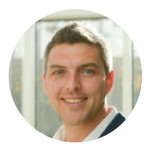 Etienne has over 10 years of successful sales and marketing management, business development and brand positioning. Most recently, Etienne was responsible for developing markets for lasers, optical sights and mil-spec communication gear for international customers in Europe, Asia, Africa and the Middle East. 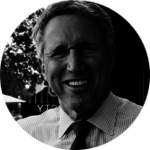 Michael Wager was named our Chief Strategy Officer, effective June 28, 2021. From January 2018 to present, Mr. Wager has served as Senior Counsel to Taft, Stettinius & Hollister LLP (Partner, 2011-2017), outside legal counsel to the Company. In addition, from 1988 to present, Mr. Wager has served on the board of Michael Anthony Holdings, Inc. (formerly Michael Anthony Jewelers, Inc. (NASDAQ:MAJJ) and on the board of Cascal N.V. (NYSE:HOO) from 2008 to 2010 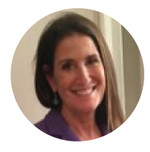 Lisa Wager is Chief Governance Officer of Byrna Technologies Inc. She advises the Board, the Lead Independent Director, and Senior Management on governance matters and best practices, oversees the Company’s 33 and 34 Act compliance, and facilitates stockholder requests and communications. She also serves as Corporate Secretary. From October 2018 through November 2021, Ms. Wager was the Company’s Chief Legal Officer with responsibility for the Company’s day to day legal requirements and oversight of outside counsel.

Ms. Wager previously was with Morgan, Lewis & Bockius, where she worked from 1988 and became a partner in 1990. She has co-chaired the membership committee and securities litigation subcommittee of the Business Section of the American Bar Association and has spoken and published extensively on issues related to securities law and risk management. Earlier in her career Ms. Wager worked at Fried, Frank, Harris, Shriver & Jacobson, and was a law clerk to the Honorable John F. Keenan in the United States District Court for the Southern District of New York. Ms. Wager holds a Juris Doctor degree from Columbia University School of Law and a Bachelor of Science degree from Union College. 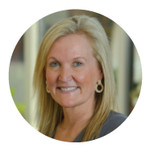 Sandra Driscoll, Byrna's new Head of Human Resources, also brings with her a wealth of experience in her field. She previously worked at Eze Castle Integration (ECI), a managed services and technology company, catering to the investment management industry. At ECI, Ms. Driscoll was a Manager, Director and Vice President of Human Resources and Operations, before being promoted to the role of Vice President of Global Human Resources, a position she held for the past nine years. Ms. Driscoll attended the University of Colorado, Boulder.